Once upon a time, a very wise, determined, and daring girl named Gabrielle “Coco” Chanel was born into poverty and despair, and she later turned her life hardships into a classic rags-to-riches story. The resourcefulness, creativity, and survival instincts she learned growing up in an orphanage were key to her successes later in life and in the fashion world.

Gabrielle “Coco” Chanel founded her namesake brand in 1909 when she opened a millinery shop for hats on the ground floor of a Parisian flat owned by a socialite and textile businessman of whom she was a mistress.

Due to her newfound connections, Chanel then met other fashionable mistresses who were gifted luxury clothes, jewelry, and hats from their lovers. Coco then started selling the hats she designed and created to the wealthy men. Eventually another one of her boyfriends, Boy Capel, who was the love of her life, financed her first shop. And yes, he was the inspiration for the Boy Bag.

THE BIRTH OF THE CHANEL CLASSIC FLAP BAG

In 1920, Chanel ventured into apparel, and in the 1930s she introduced handbags to her collection of designs. At this time, women only carried their handbags in their hands, but Chanel was determined to design a bag that would allow them to keep their hands free, and that was a shoulder bag. In 1954, Coco moved back to Paris and reopened her Rue de Cambon shop and in February of 1955, Chanel created a rectangular-shaped bag with textured quilting, a Mademoiselle turnlock closure, a flat metal link chain strap (her first bags only had chain straps), burgundy interior which was inspired by the uniforms at her orphanage, and signature Chanel details. The Mademoiselle lock was named for the fact that Coco Chanel never got married.

Now known as the 2.55, it was revolutionary because of its functionality, and it was the first Chanel shoulder bag for women; however, it wasn’t until Karl Lagerfeld took over in 1983 that the real Classic Flap Bag was introduced.

Karl Lagerfeld reimagined the design of the 2.55 and later added timeless touches such as the woven leather chain and the Double-C Turnlock Closure. And voila! The Chanel Classic Flap Bag was an immediate, runaway success for the fashion world and Chanel.

CHANEL CLASSIC FLAP BAGS FROM THEN TO NOW

It's important to know that Chanel Classic Flap refers to the Flap Bags with CC locks that Karl Lagerfeld debuted in the 1980s. The 2.55 refers to Chanel's original design with the mademoiselle lock. A Reissue is a 2005 version of the 2.55 that Karl Lagerfeld reintroduced as an exact recreation of the original. Technically, Reissues are only those bags from 2005, but the term is often used as an easy way to refer to all recently made 2.55s.

But, to avoid confusing you, we’re going to simply refer to the bag as the Chanel Classic Flap Bag. We know, it’s difficult to keep up with all the changes these luxurious, timeless, and iconic trophy pieces have gone through in the past 60+ years.

When the original shoulder bags debuted, they were double flap designs which means they have both the exterior flap closure and an interior flap compartment, but then the Classic Flaps, due to their size, started featuring single flaps. But today, all the newest bags are made in a double flap design, and while the single flaps were discontinued many years ago, they're widely available at LePrix.

There is a small, hidden compartment underneath the top flap and that's where Coco hid her love letters when she was having an affair.

With a Chanel Classic Flap Bag, you either have the choice of the iconic classic diamond quilt or the chevron quilt. Over the years, Chanel's Classic Flap has been produced in many different materials, from calfskin and lambskin leathers, to lizard, crocodile, alligator and ostrich, but the two most popular options are caviar and lambskin. Caviar is recognized by its pebbled texture and lambskin is known for its buttery soft finish.

Regarding hardware, in the past it was only plated in 24-carat gold but now it's available in silver, gold, light gold, and the So Black hardware. Sometimes they'll even use matte or antiqued silver or gold, ruthenium, and iridescent metals.

Size is a personal preference, but you have many options. From WOCs to Minis, to Mediums and the Maxi, it's in the bag.

The Small Flap Bag (9" x 5.75" x 3") might be petite, but it still packs a fashionable punch. Whether you're off to a fancy gala, brunch or a concert, this little luxury is big enough to hold your phone, lip gloss, credit cards, keys and just a little bit of makeup, but with an optional crossbody chain strap, it'll never be in your way.

The Medium Flap Bag (6" x 9.9" 2.5") is the most sought-after size of the Chanel Classic Flap bags. Not too small, yet not too big, this bag holds quite a bit more than the small, like your wallet and a comb or brush. Perfect for a night out on the town or running errands during the weekend, it's compact enough to make a big impact without slowing you down. It's the perfect grab-it-and-go luxury carryall!

Due to the large size of this Jumbo Classic Flap Bag (7.6" x 11.7" x 3.9"), the jumbo is more casual or travel than formal, and best for the woman who won't leave home without her makeup bag, a phone charger, a large wallet, devices and notebook. Also, note that a smaller-framed woman might be overwhelmed by a shoulder bag of this size.

The Chanel Maxi Classic Flap Bag (9.0" x 12.9" x 3.9") is the perfect statement bag and it's best used for travel — like through the airport so everyone can clearly see you're carrying a mammoth Chanel bag. This bag is a bit bulky, heavy and cumbersome so it's best for a taller person with a slightly larger frame...otherwise you might look like you're being swallowed by a large box of diamond-quilted leather.

When the first Chanel Classic Flap Bag launched, it cost a whopping $220. Unfortunately times have changed and even COVID-19 couldn't stop the Chanel's price increases. Here are the current stats as of July 1, 2021. 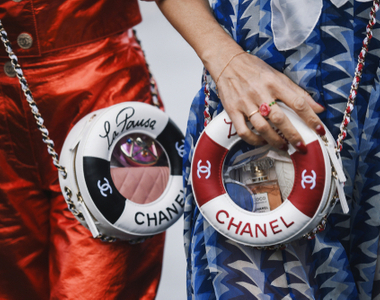 Industry + Insights The Latest / Jan 14, 2022
Just In: Chanel's Price Increase Happening On January 15
At this point Chanel's price increases should no longer feel like breaking news, but the new norm. This rumor, as confirmed by sales associates at 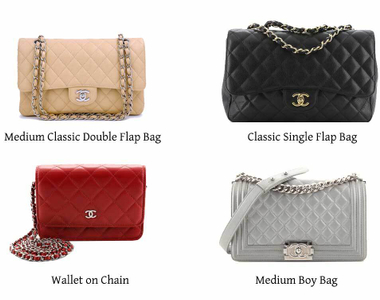 Industry + Insights The Latest Style / Dec 27, 2021
Shop Up, Grinches! Chanel To Raise Prices In January
While you were busy shopping for the holidays, stocking up on COVID test kits, and celebrating with family and friends, the grinch known as Chanel 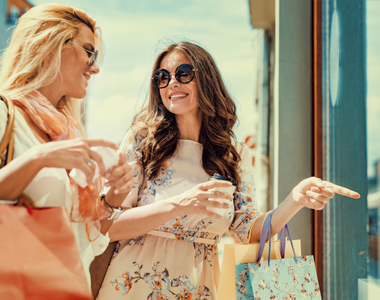 Industry + Insights The Latest / Nov 19, 2021
Why It's Better To Shop Resale Than Retail On Black Friday
Happy holidays, everyone! Hard to believe it's almost Thanksgiving...it feels like just yesterday we were sipping cocktails by the pool and now we' 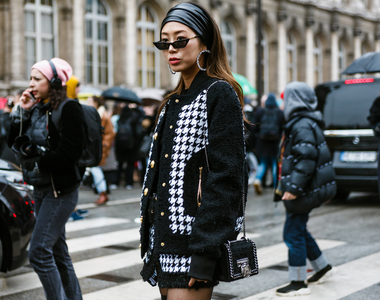 Industry + Insights The Latest The Guide / Nov 01, 2021
Pre-Owned Gucci, Dior, & Prada: Fall's Coolest Accessories
Chanel's officially raised prices AGAIN, which means some of your favorite handbags might be out of reach, but luxury doesn't start and end with ha
Copyright © 2022 LePrix, Inc. All Rights Reserved.
Back to Top