There's nothing like the feeling of getting your first Louis Vuitton! Over decades, there have been so many exciting variations of LV monograms, prints and leathers.  Below, we've put together a little guide on the history and properties of some of the brand's most iconic ones.

Louis Vuitton got his start in 1854 as a trunk-maker in Paris. Fast forward to today, his namesake fashion house is one of the world's most valuable luxury brands.  In fact, anything emblazoned with the brand's distinct monogram and prints are considered status symbols across the globe. Many creative directors and designers later, it gets increasingly more difficult to pick out the perfect Louis, since there are so many amazing choices! So, let's start with everyone's all-time fave:

MONOGRAM CANVAS: Easily the world's most recognizable fashion print, the Monogram Canvas is a true Louis Vuitton classic. The Monogram was first created by Louis' son, George in 1896 to stop counterfeiters from mimicking the brand's designs. The unique pattern is made up of interlocking L and V initials and flowers inspired by Japanese and Oriental designs.

The canvas itself is durable, water-resistant and has proven to hold up well over time. Most vintage monogram handbags show little or almost no wear at all.

MONOGRAM VERNIS: The Monogram Vernis leather outshines (literally!) them all. The line was introduced  to the world when Marc Jacobs become creative director. The material is made of calfskin leather, embossed with monogram and coated with a glossy finish, hence the name Vernis ("varnish").

The Vernis is water-resistant but susceptible to scratches and color changes and transfer.  Owners of the Vernis should be very careful not to expose it to sunlight for too long and when setting it down, do not let it come into contact with anything with dye, including magazines.  (Tip: store in a dust bag, out of the sun).

MONOGRAM EMPREINTE: Another embossed variation of the monogram, the Monogram Empreinte was introduced in 2010. It is made of a smooth calf leather with a natural grainy texture. The line is surprisingly durable and there's a lush, less rigid quality to the Empreinte, than the Vernis,  which softens over time. However, it is still surprisingly heavier than the other prints if you prefer a particularly durable feel.

DAMIER EBENE & DAMIER AZUR:  The print Damier Ebene / Azur, which literally translates to "checkerboard" in English, was created in 1888. The two most popular versions of this print are the Ebene, a combination of two shades of brown or graphite (perfect for the men in your life), and Azur, a blue-grey base with a checkered white overlay (perfect casual chic look and a favorite amongst resort dwellers). For people looking for something a little more discreet, but still designer, this print is perfect.

Like the monogram, the Damier is made of printed canvas and is also known for its lasting quality.

EPI: The Epi, a sturdy textured leather, made its unofficial debut in the 1920's, but became a mainstay in 1985. The Epi was the first leather line for the fashion house and came into fruition as a response for the growing demand of a durable travel leather. It's a structured, ripple-like material requires little care and maintenance. The Epi has remained popular with Louis Vuitton customers looking for a more subtle look amongst the brand's leather goods.

Louis Vuitton x Jay Ahr: Jonathan Riss’ (also known as Jay Ahr) lifelong love of exploration led him to collect and build one of the world’s largest collections of vintage Louis Vuitton Keepall bags. It took him two decades to collect and masterfully craft his artistic inspirations and embroidery techniques to create iconic, worldly themes for the most recognizable designer travel bag ever. This Louis Vuitton X Jay Ahr collection has this artist's trademark signature style of unique embroidery on these keepalls make these beauties one of a kind. Each bag is hand embroidered onto the bag’s canvas. 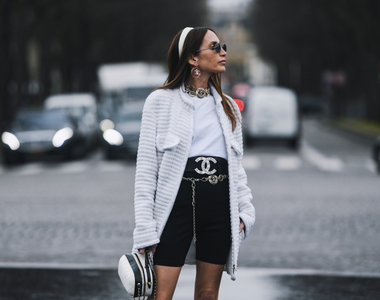 Industry + Insights The Latest The Guide / Jan 14, 2021
Alert: Chanel Just Increased Their Prices Again
Hot on the designer heels of Louis Vuitton’s price increase, there’s a rumor going around the fashion world that Chanel will be bumping up thei 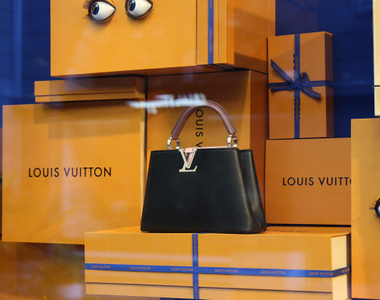 Industry + Insights The Latest / Jan 08, 2021
Breakings News: Louis Vuitton's 2021 Price Increase
In the spirit of 2020—oh wait, it’s 2021—we have some not-so-great news for you. While it’s not doom and gloom like the mutant COVID strain 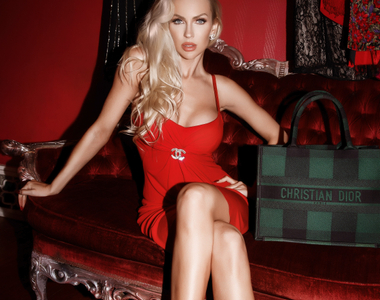 Industry + Insights The Latest Style / Dec 09, 2020
Deck The Halls With Christine Quinn Of Selling Sunset
Say hello to Christine Quinn, the breakout star of Netflix’s Selling Sunset whose ultra-long legs, perfectly coifed platinum blonde
Industry + Insights The Latest The Guide / Nov 18, 2020
Black Friday Shopping With Chriselle Lim
Black Friday came early this year and that means one thing…you’ve got more time than ever before to shop must-have designer items for everyone
Copyright © 2021 LePrix, Inc. All Rights Reserved.
Back to Top